The Aim: To calm the violence and increase student and teacher performance in the Township Schools of South Africa. 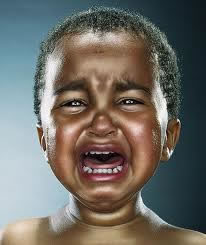 What we do: EFT practitioners will teach the teachers of Khayelitsha’s four high and thirty three primary schools how to use basic EFT.  Teachers in turn will teach the basics of EFT to learners.

Clinical Proof of the Efficacy of EFT:  Psychologists endorse EFT – Researchers at Harvard Medical School found that stimulating acupressure points through Tapping reduces blood flow to the amygdala, which leads to an increase in endorphins, an increase in soothing GABA waves and reduced cortisol levels. The result is an instant sensation of calmness, and a dramatic reduction in anxiety symptoms.

EFT has proven to:

History of the ruin of Education in South Africa: Apartheid era vs ANC era

Hendrik Verwoerd – Architect of Apartheid and the infamous black and coloured schooling policy – keeping them in their place as ‘hewers of water….During the apartheid era of South Africa, only a fraction of educational funding was allocated to Black and Coloured schools. The Verwoerdian black educational policies dealt a devasting blow to our black and to a lesser extent our coloured children of South Africa. It has set literacy back by decades.

Jacob Zuma – ANC and South African National Government President. The ‘father’ of corruption and cronyism within government and educational supplier ranks.Newsflash-September 13 2012 at 09:00am : Nedbank boss lashes Zuma ‘masquerade’:…The businessman said SA craved global standards of knowledge, skills development and critical thoughts. He said it was impossible to match these global virtues, though, because our schools were in crisis. To a certain extent, educational levels had declined since the end of apartheid, Khoza said. “We face leadership that has raised mediocrity to a status of virtue,” he said.

Freedom Fighter and Martyr Steve Biko said that ‘black is beautiful’ – But there is nothing ‘beautiful’ about demoralised teachers, illiterate and struggling learners.   When hearts and minds are calmed we can hold hands and hold up our heads with dignity, and together work to safeguard the education of our children.

There is only now – not yesterday, not tomorrow, only NOW! Act now – before we lose another generation of youngsters! Please, help fund a few basic tools to realise peace in this country of mine.